Heart us on Insta 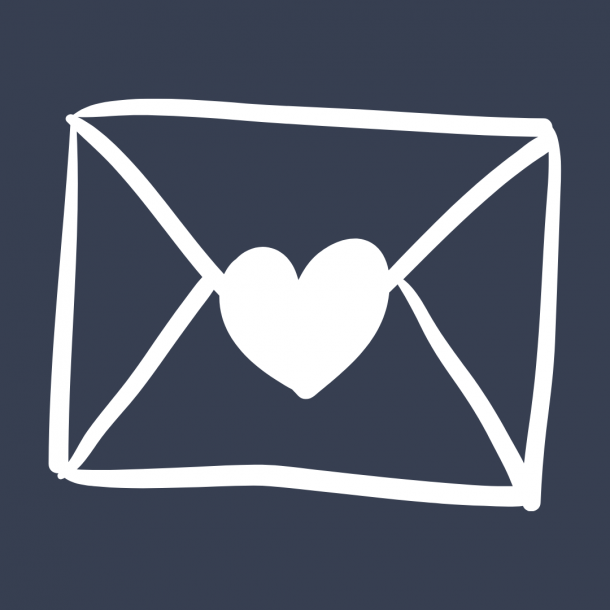 You have Successfully Subscribed!

Like many of us in the post-COVID world, I was looking for a new hobby to fill my days. I’d been considering taking up sewing, but I wasn’t sure if it was something I would even enjoy. I did like the idea of being able to upcycle clothes, but I’m not a fashionista by any means, so I wasn’t sure how useful it would be over time. But, every time I’ve learned a new skill, I received gains above and beyond what I’d first expected going in.

I was walking home from the train station one day and, lo and behold, a neighbour had left a sewing machine on the street for anybody to take. “It works!” said the sign taped to it. Not one to turn down a gift from the universe, I picked it up and took it home. And I started learning to sew.

And, I was right. I gained a lot from learning to sew. And none of those lessons was about the sewing machine itself.

We live in a world of instant gratification. When we start new things in the modern age, it’s usually made interesting and fun. Video games are designed to walk you through new skills step-by-step so you never feel overwhelmed. But in real life, when you’re learning to sew on forty-year old sewing machine, is not that way at all. In fact, it’s the reverse. It’s frustrating. It’s humiliating. And it’s not super rewarding.

Around the time when I was about to throw in the towel from due to my string of failed sewing attempts, I was teaching my niece to ride a bike for the first time. She got frustrated and gave up after a few minutes. I told her that it can take a lot of practice to get better at things, but to keep going. There will be a point when it will feel so easy and she won’t remember how hard it was at first. And I realised I needed to take that advice myself.

To learn a new skill and to get better at it takes time and patience. And it’s easy to forget that the first time we do anything, we are still learning. We will not be perfect.

I learned a lesson in being gentle and kind to myself and to keep going, even if what I was making was terrible (which it was). Instead of focussing what wasn’t working, I focused on what I was learning. Because every time I sewed, I was learning about the machine, I was learning how to sew in a straight line, I was learning which hems to sew first on a project, how to unpick things, how to replace the bobbin. I wasn’t creating anything that was going to win any awards, but I was learning – which was more important than the outcome.

Related: Five Online Courses to Help You Give Back to the Planet

This is a lesson you would think I would have learned already, as it was a critical factor in helping me learn to cook: accepting that I’m a beginner, so to work on beginner projects.

I tried to make a wrap dress. And some shorts. And a toy whale. All were a disaster.

A friend of mine gently suggested I start with something easier. Like hemming a table cloth. Or making fabric wrapping paper. Or produce bags for going to the shops. And you know what? They worked out really well because they were at a beginner level. And it inspired me to keep going.

While I may want to be able to do really challenging things now, it’s important to remember that starting with something at a beginner level will give you the skills – and confidence – to work on more challenging projects later on. Just write down the big ideas you’ve got and come back to them later when you’ve got more experience.

One of the most fascinating things of learning a new skill is that your brain develops a whole new library to be able to solve problems. One of my main goals of starting was to learn to sew was to upcycle my jeans. As a human with legs, the thighs often wear through. In the past, I’d simply thrown out my jeans. I wanted to change this, so I wanted to upcycle the fabric instead. I’d seen some cute teddy bears online made with jeans, so I wanted to try to make those (which was only a medium success: see previous point).

But when I was online, I found a video explaining how to create a discreet patch on the inside of your jeans in order repair them when they had worn through.

And I suddenly my mental library of things I could do with my jeans had expanded. My options weren’t to either throw out the jeans or upcycle them. I could now just repair them and keep wearing them. Which was actually a better option because it also saved me money because I didn’t need to buy new jeans.

I had a goal to reduce my waste and thought there was only one way to achieve it – but now I had new skills, I had multiple ways of achieving that goal.

A little bit of power

One of the things that has been most valuable about learning to sew during the pandemic is that it’s given me something really tangible that I can control.

In a world where I cannot control what’s happening in the world, being able to control one thing in a little corner of my lounge room has been really satisfying.

I’m learning, I’m making progress and getting new skills. It helps me feel grounded and a practical skill stops me getting caught up in my head.

There have been a lot of studies showing the mental health benefits of hobbies, and during this time, it’s more important than ever.

The community I didn’t know I had

This project has had people in my life emerge from the woodwork to help me, which has been a joy. When I first found the sewing machine, I couldn’t work out how to thread it. The specific machine was a model which was so old that the manual wasn’t online, and threading it was not immediately obvious.

So I posted on Facebook, in desperation, asking for help. I wasn’t sure I knew anyone who knew how to sew. I had the office manager I worked with a decade ago respond with some advice. I had a woman who was in a community group I was part of a few years ago give me some tips. And a friend I hadn’t seen in nearly ten years took up the challenge to find the manual in the depths of the internet.

It took me nearly an hour to hem a table cloth. It took me three hours to make some (failed) shorts. I know that with time I will grow in skill and get faster, but it made me appreciate how much effort goes into the clothes I wear. I now can look at a piece of clothing I own and I reflect on how long it would have taken for someone to make that shirt for me. If I look at my whole wardrobe, how many hours would it have taken for someone to make it from scratch? I am now much more grateful and appreciative of the world we live in, where we have access to such abundance.

What I learned from sewing

I few weeks ago I made myself a facemask. The fabric is the dark grey of upcycled gym pants. The thread is a mismatch of fluorescent green (a bargain I found while thrift shopping). I look like I’m attempting Darth Vader cosplay. But you can’t see the smile I’m wearing under that mask. I am so proud of the messy, ugly mask. Because I made it with my own two hands. And I wear it with pride.

I’ve been learning sewing, step by step, and it’s taught me a lot. Not just about sewing, but about life.

Like every time I’ve challenged myself to try something scary and new, it’s a path of failures and perseverance before I get any semblance of success, but the rewards at the end of it are much greater than I imagined.

So yes, I’m going to keep learning to sew. And yes, I will probably fail a little bit more. But I will also gain a bunch of things I never expected. 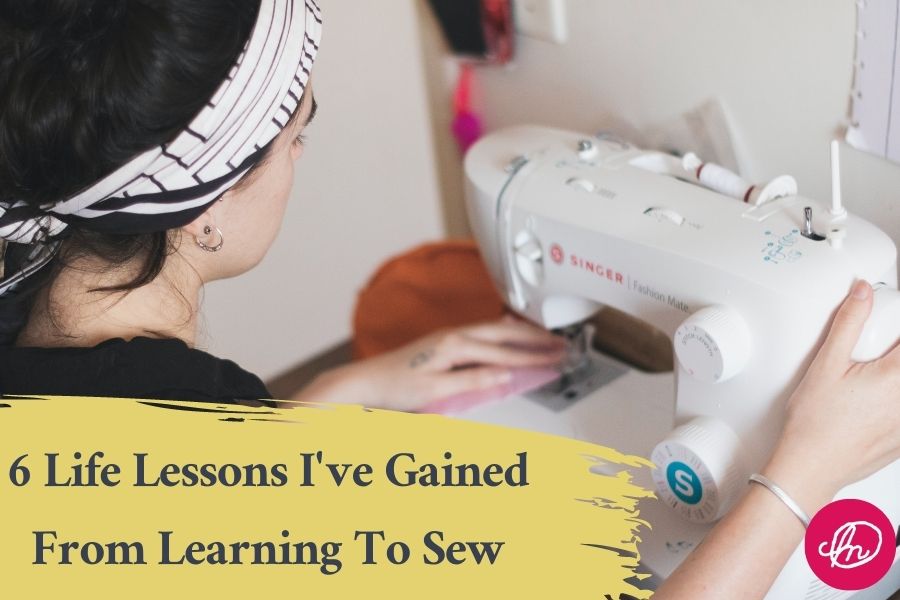 Subscribed! See you in your inbox!